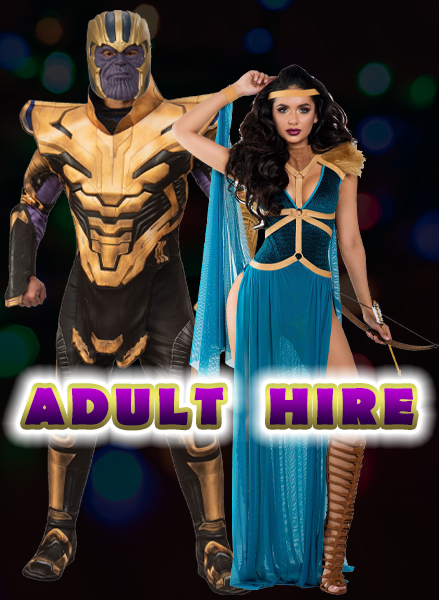 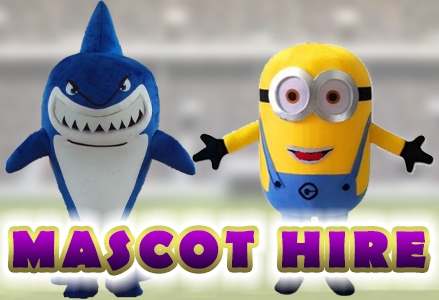 We are a leading hiring store for kids and adult costumes, and we cater for all sizes and all pockets. Our most popular ranges are our licensed imported superhero, cartoon, tv and movie costumes. Which includes Disney costumes, Star Wars costumes, DC and Marvel costumes. Razzmatazz is very popular for those Cosplay events and we even have Anime and Gaming costumes.

Look no further if you need 1920 Gatsby, 50's Rock & Roll, 60's Hippie, and 70's Disco costumes and we rock the 80’s. If you want to go back further in time our Medieval costumes, Game of Throne , Steampunk costumes and Ancient themed costumes can turn you into a Noble Knight or Mystical Goddess for your event.

Kids costumes are just as important and for those at school, we have a good selection of Book character costumes, Purim Costumes, Heritage costumes and Career Day costumes. We can dress any princess or superhero too.

At Razzmatazz Costume Hire we have 36 totally fun character mascots. Our new mascots are lightweight, easy to wear and extremely popular. Please contact our store on (+27) 11-609-3339 for more info.

We have a huge selection of fancy dress accessories for sale: Wigs, Masks, Hats and much more.  We’ve included some costumes for sale and offer bulk discounts. The Courier Guy delivers to your door anywhere in South Africa.